Real Estate and accuracy go hand in hand. This is unquestionable when you have a Real Estate appraisal and measurement professional vouch for iGUIDE. Gary Kristensen started his Real Estate Appraisal business in 2010, and soon branched out to add a successful Real estate measurements business to his portfolio, in 2015. While contemplating on ways to scale it further, he chanced upon the iGUIDE technology. Impressed with its ease of use and the speed with which it accurately measures even the most complex houses, he is constantly finding more and more takers for the 3D tours that he can now provide using the iGUIDE.

His first company, Quality Appraisals, started in 2010. It led directly to his second company, A Quality Measurement. Most of his customers are real estate agents.

So, he founded the measuring company in 2015.

“Then we started getting asked: ‘You are measuring it, can you draw a floor plan?’ Because appraisers measure and draw a sketch of the exterior walls. So, I went: ‘Okay, we can draw a floor plan.’ So, one thing led to another and we were measuring homes, and I had to split my business into a measuring division and an appraisal division,” says Gary. 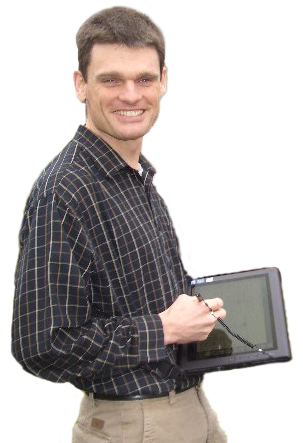 Both companies are based in Happy Valley, a suburb of Portland.  The real estate market is thriving in the Pacific Northwest.  Gary knew the demand was going to increase for square-footage measurements and floor plans.  After five years the measuring company employs 11.  They measure about 15 homes a day and do floor-plan sketches— using hand-held lasers and tablets.

He was thinking about ways to scale the measuring company when he saw a post on social media about the iGUIDE Camera and supporting software.

“I was skeptical as to whether you could measure a house accurately,” says Gary.

But every time he’s double-checked the iGUIDE, the measurements are “spot on.” He really liked the idea of deploying iGUIDEs on larger homes that can take someone all day to measure by hand.

“Plus, it is really hard to scale what we do because you need to know so much about measuring in order to go out and measure a really complicated house,” says Gary. “I was hoping the iGUIDE would allow me to scale more quickly because I don’t need as much training, you don’t need much training to operate it.”

“We started doing some 3D tours because of it,” says Gary. “We’ve had, because of the iGUIDE’s 3D-tour functionality, people asking for 3D tours.”

When the camera is already set up for measurements, it can very quickly take the images for a 3D tour. This is definitely in the realm of real-estate photography, but when the tech is so easy to use, why not?

“We sell the iGUIDE as a floor plan that you can add a 3D tour to at low cost. So, if we add the 3D tour, we turn on the HDR setting on the camera, we take more panos, we spend more time making sure the lights are on and things look good in the photos,” says Gary.

When using the iGUIDE for only square-footage measurements and floor plans the HDR setting is off.

Gary was impressed when he first contacted iGUIDE. The person he spoke with knew all about the Residential Measurement Standard in Alberta, the only one in Canada, and the regulations set out by the American National Standards Institute. 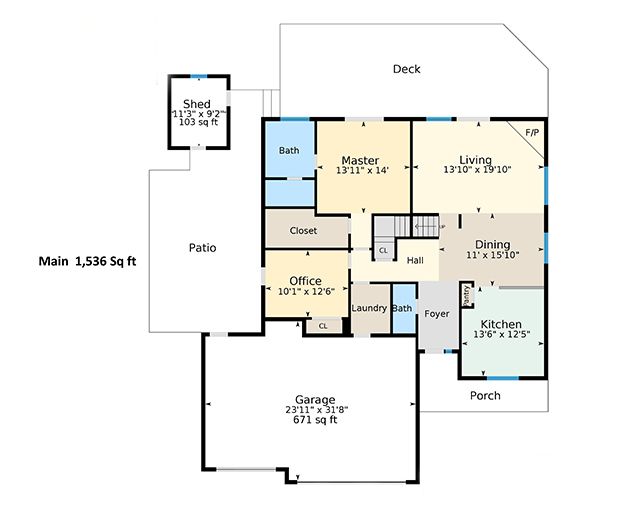 The iGUIDE operator is busy.

“So, the person who does the iGUIDE, that’s all she does,” says Gary.

Customers faced with paying a higher fee and getting their property on the market faster, will go for the iGUIDE. And Gary feels he has more options with the iGUIDE camera.

When new technology is truly disruptive, it is adopted outside of its target market. That’s what happened here. A camera designed for real estate photographers is used by a company that does appraisals, square-measurements and floor plans.

“I would love to be able to do more of them, because I can scale the iGUIDE quicker than I can scale hand-drawn sketches. The skill and experience it takes to take a tablet computer and a hand-held laser out to a house and measure it accurately and reasonably quickly and make something that looks nice on paper, is years of training, and I can’t scale that very fast,” says Gary.

“With iGUIDE, I can grab another camera and with a couple of days of training I can have somebody else out operating the camera,” says Gary. “That’s what I really like about iGUIDE, it is scalable.”