The Municipal Property Assessment Corporation (MPAC) has issued a statement to their real estate industry users that further explains the extent of the prohibitions on real estate agents from using propertyline™ data, provided through GeoWarehouse, relating to square footage in their listings. This announcement precedes and is connected to an upcoming change in terms of service from GeoWarehouse, a data aggregator, about the publishing and usage of their measurement data.

These dual internal announcements are sure to have a big impact on Ontario, which has one of Canada’s largest real estate industries. The biggest change will be experienced by the real estate members of the Ontario Collective™ (OC) and Ontario Regional Technology and Information Systems (ORTIS), regional groups that provide the MLS system and technology, as well as many Ontario regional boards and associations (ie: OREA, KWAR) as some require listings to include square footage information. Real estate agents will now need to either source their square footage measurements from third party services or measure the properties themselves.
Understanding the MPAC announcement

Essentially, MPAC is reiterating their directive that propertyline™ data and reports are only to be shared by agents directly to their clients for internal purposes and not to be posted online. Specifically, MPAC square footage is still prohibited from being posted on any public or private real estate listing portals or websites, including agents’ websites and REALTOR.ca.

It’s important to note that this is not a new directive. MPAC has always restricted the use of propertyline™ data, however many real estate agents have continued to include it and some Ontario boards turned a blind eye to the infraction because home buyers and sellers demanded that listings provided square footage.

Understanding that square footage information is deemed essential by both agents and the home selling/buying public, MPAC has identified a concession. Rather than a total ban on publicly using the square footage data, they have announced that stating a square footage range will now be acceptable.

Nevertheless, this isn’t a workable solution as those ranges leave a lot of room for interpretation and misunderstanding. For example, take one of the defined ranges of a typical apartment size, 700-1100 sq ft which has a 44% spread, or a mid-range home at 2000-2250 sq ft which is a 12% spread. The potential difference in size doesn’t provide the necessary information for home buyers trying to understand the true size and value of a listing. A lot of property decisions come down to comparisons of dollars/sq ft.

The MPAC crackdown is actually in the best interests of the Ontario home buying public, as the MPAC square footage measurements were not always accurate due to an absence of measurement standards used to obtain square footage. It is worth noting that this issue has been successfully addressed and solved in the province of Alberta by instituting their Residential Measurement Standard (RMS).

Thankfully, the upsurge in proptech industries means that agents have the option for properties to be surveyed and measured by third party measurement technologies, like iGUIDE, in order to provide reliable square footage information.

According to Alex Likholyot, CEO of Planitar – the makers of iGUIDE, “the study we conducted in Ontario, Canada, revealed that the differences between reported MPAC square footage and the square footage obtained via iGUIDE floor plans can reach up to 20%. In general, tax records’ square footage is often outdated and not very accurate.” (See attached graphs) 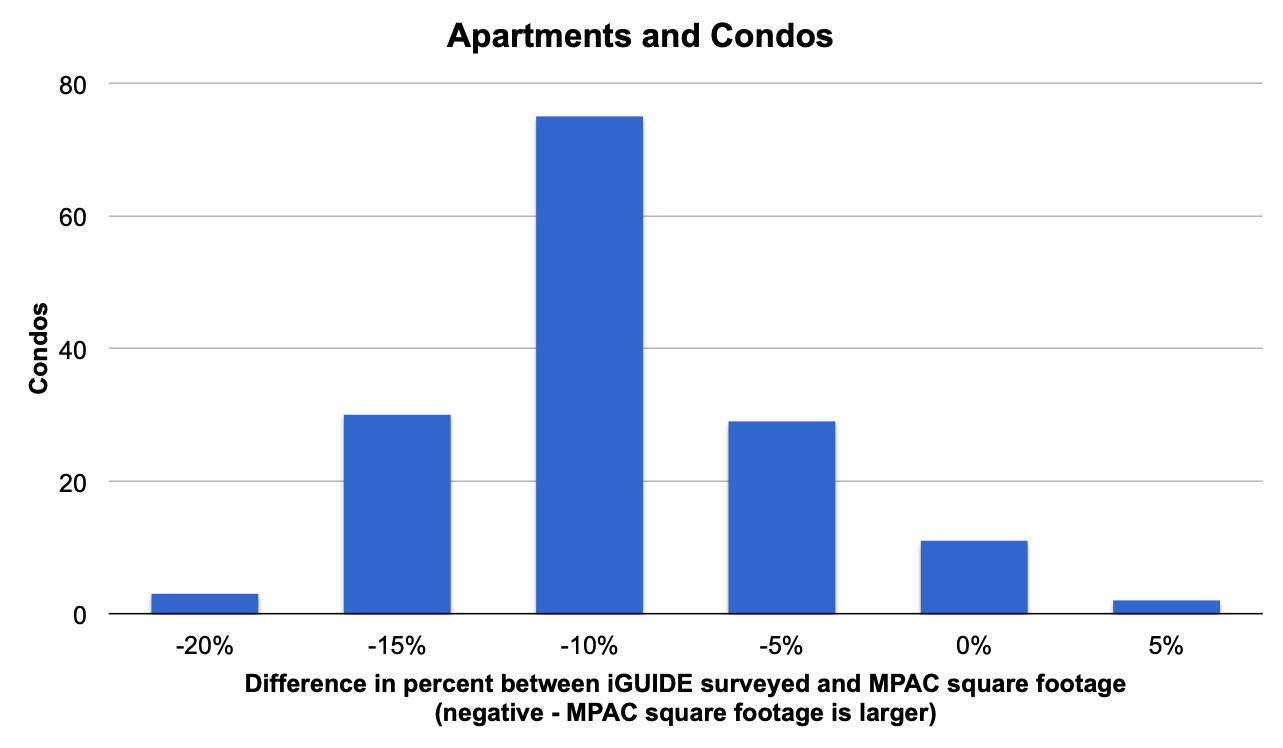 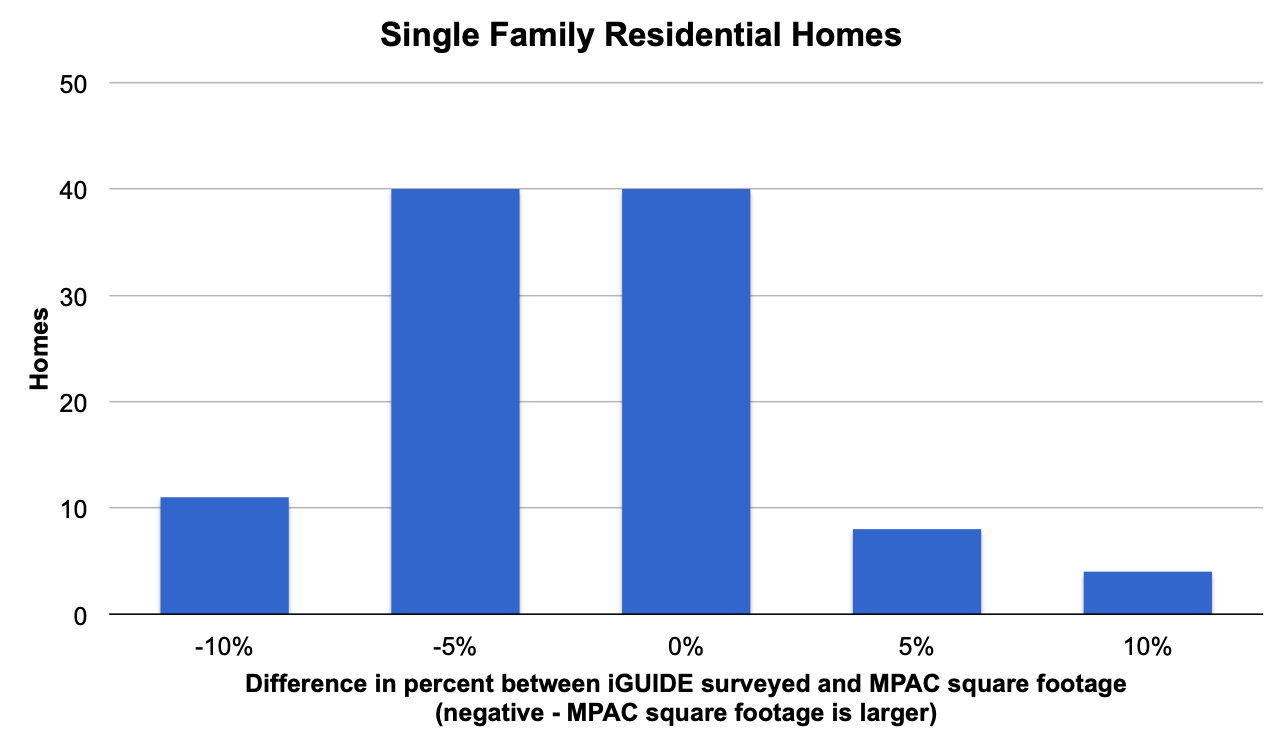 *The study was conducted in 2017 and included 100 randomly selected homes and 150 randomly selected condos for which both iGUIDE floor plans and MPAC data were available. The majority of the differences in the condos’ square footage result from builders occasionally including in reported unit size parts of demising walls, balconies, and void spaces, such as utility shafts that service the whole building. The majority of the differences in the homes’ square footage result from including spaces such areas open to below or lower levels completely or partially below grade; complex floor plans with the footprint of the second floor differing from the first floor that cannot be properly surveyed from outside by MPAC assessors; outdated MPAC information on building additions constructed by homeowners.