iGUIDE: The Right Move for Every Part of Our Real Estate Transactions

We recently sold our home, bought a new one and used the benefits of the iGUIDE offered by the listing agents of both homes. iGUIDE made our real estate journey memorable and easy while making the moving process smooth for everyone involved. Here are just a few reasons I will always insist on my real estate agent using an iGUIDE when selling or buying a home.

Using 3D tours for virtual showings when marketing a home helps to attract higher offers and reduce days on the market. However, using accurate property information like interactive floor plans from iGUIDE extends far beyond the marketing stage. The iGUIDE can be used as a tool to help the home buyer understand the fit and flow of the property and also facilitate accurate  estimates from multiple service providers, including movers, painters, and renovation contractors. The easily navigated floor plans are also convenient when sharing property information with appraisers or insurance companies.

Our mortgage lender sent out an appraiser who needed all kinds of information about the interior of our new home, like accurate square footage, finishing details, and the layout of each level. However, due to Covid restrictions, only the exterior of the property could be viewed in person. Thankfully, all the information the appraiser required was available on the iGUIDE and we were able to send a link to share every detail of our new home.

Next, our insurance company wanted not only the same information as the appraiser, but also needed details about all the fireplaces, mechanical room, and the pool size. iGUIDE to the rescue again. One distinctive feature of the iGUIDE is that it can be downloaded and stored on your computer’s hard drive or USB drive for future reference. This offered a handy way to get our insurance in place before the closing date.

We wanted to freshen up the paint in our new home before moving in and reached out to several local painting companies for quotes. iGUIDE was immensely helpful here too, as we could not arrange for all the contractors to visit the new property before the closing day. Using iGUIDE, we could indicate which rooms we wanted to be painted and used the tagging feature to describe which paint colour we wanted for each wall within the same room. This allowed us to get all the painters to provide an estimate of the work based on the same well-documented project description. When the painters needed the dimensions for walls, ceiling height, and window size on each level, we showed them how to use the 3D measurements feature in the iGUIDE to get that information. This was a huge help for them when estimating how much paint was required. 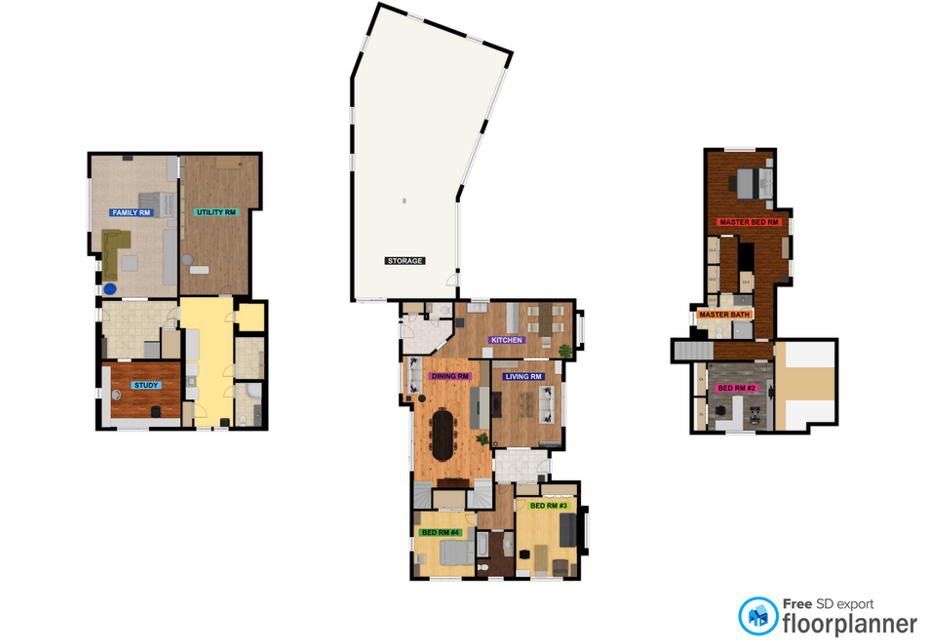 The first thing we did after the agreements of purchase and sale was signed for both homes, was hiring a moving company. Our move was scheduled for the end of a month when moving companies are extremely busy. We heavily leveraged Google Maps and iGUIDE for this task. We looked at moving companies that had pins on Google Maps in our area and created a shortlist of candidates based on good reviews. Each moving company has their own way of estimating the cost of the move. Some movers wanted to come out to see our old home, which would have been pretty disruptive for us. Instead, we sent them links to the iGUIDEs of our old and new homes along with the desired moving dates. This allowed us to obtain quotes from a few companies further out from our town and one was able to provide a very competitive quote so we ultimately chose them.

The highlight of this story is how we used iGUIDE to facilitate the move itself. We first used the iGUIDE integration with Floorplanner.com. We easily exported iGUIDE floor plans of our new home into the Floorplanner web application with one click of a button. Using Floorplanner, we were excited to plan where all of our furniture would go in our new home. After a few rounds of discussions and trials, we settled on where we wanted to place couches, tables, chairs, and accessories. It is so much easier to move a couch a dozen times on a computer screen than to do the same in real life! 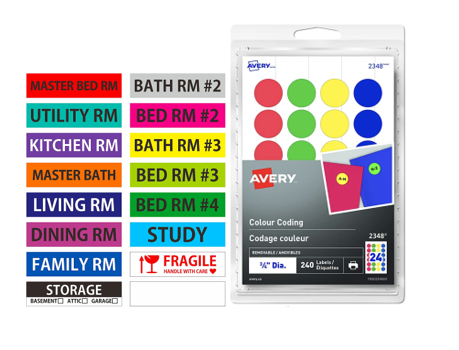 Floorplanner has hundreds of models for all kinds of furniture pieces and you can easily find close enough matches to your furniture’s style and size. You also can adjust the dimensions of those models to exactly match your existing pieces or any new furniture you want to add to your home. That capability plus the accuracy of iGUIDE floor plans allows for really good space planning to avoid any nasty surprises later, like “I told you this couch was not going to fit in that corner!”

After the planning was done, the time to pack and prepare for the move came quickly. We purchased sets of moving labels from Amazon and labelled all the rooms in the Floorplanner to match using the same font and background colours. We also got labels in the form of coloured dots to designate each floor of our new home. We affixed labels to every box and piece of furniture indicating its destination room and floor within the house. What we found during the move, however, was that we should have waited for the movers to wrap the furniture first and then let them place the labels on the outside of the wrapping. Lesson learned for any future moves! 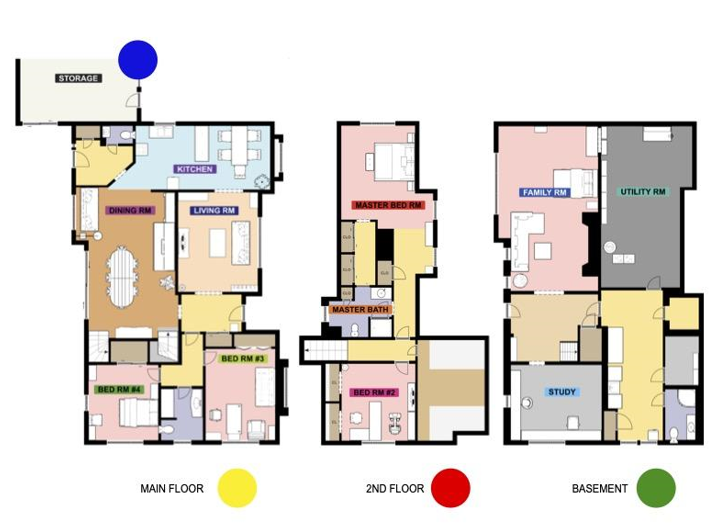 When moving day came and the movers showed up, we quickly explained our labelling system and how to use it together with the floor plans. We gave them half a dozen floor plans printed out in colour. Of course, they managed to forget their stack of floor plans at the old home which they discovered only after arriving at the new place. I had a hunch that might happen, so it was a good thing I kept a set of spare floor plans at the new home as well. We taped them at every entrance and on each floor so the movers did not have to ask where we wanted each piece to go.

All in all, the move went extremely smoothly. The boxes and furniture were placed by the movers in the correct locations which made unpacking and finding things so much easier over the next few days. We were able to avoid any heavy lifting or moving stuff placed in the wrong rooms. My back thanked me, the movers, and the iGUIDE for lightening the load! The movers were very impressed with the efficiency of the new unloading process which also saved us time and money. We spent more time doing our things instead of directing movers where to place every box and piece of furniture.

To sum it up,  we used iGUIDE in several different ways – for selling and buying, for getting home insurance, getting a mortgage lender appraisal, and for painting and moving contractors.