Kyle Ketchel is the owner of Visual Properties LLC, operating out of Raleigh, NC since 2005. His background in residential construction, associate’s degree in Architecture, and with his many years of exceptional customer service experience in Telecommunications combine to make for the perfect mix for real estate.

Kyle and his team have become experts in marketing and their goal is to provide marketing that affects their clients’ audience, influences their buying decisions and moves them to action. Kyle heard about iGUIDE and quickly moved to bring it into his business and become a one-stop-shop for his clients. Visual Properties started offering iGUIDE in 2017 and despite being in a slow real estate market he saw his business increase by 255% thanks to iGUIDE.

Kyle Ketchel never saw anything like it – as the real estate market in the Raleigh area slowed during 2018 a key part of his business increased by 255 per cent, thanks to the iGUIDE camera.

“We have been waiting a long time for something like this,” said Kyle. “I wish I had it five years ago.”

When he started Visual Properties LLC in 2005, the business focused on real estate and architectural photography. Later, he added video and aerial footage from drones. Visual properties photographs about 5,000 properties a year. 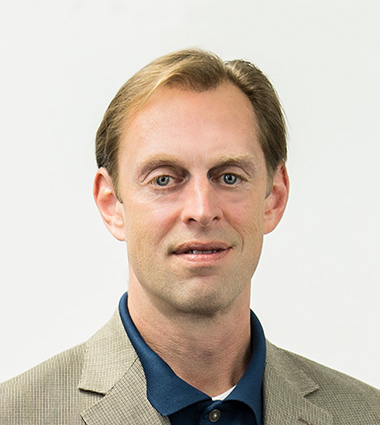 “We have evolved into a one-stop shop solution for local realtors for any of their media content,” says Kyle.

The Raleigh-Durham-Chapel Hill area is known as a square-footage market. A listing cannot go live on the MLS unless it has the measurements for each room and the total square footage for the property.

For years, Kyle did that with a tape measure and sketch pad. Afterwards, he went home and put the information into CAD. He could do that because of his background in architecture, but he preferred to focus the attention on growing the business.

“That was tedious,” says Kyle.

Later, the work of measuring rooms and sketching floor plans went to the appraisers in that market. They did it for $75 a property, but the real estate agents had to wait three to five days for the information. Some agents took the measurements themselves. Nobody was happy.

During the second half of 2017, Visual Properties started using the iGUIDE camera for about 55 listings. In 2018, Visual Properties was providing iGUIDE on about 10 percent of all the listings they photographed. The feedback from agents was almost instantaneous – they loved it.

This year the real estate market slowed as the total number of listings declined slightly. Visual Properties never noticed the dip, thanks to iGUIDE. The number of iGUIDE shoots increased to 320 during 2018, an astounding 255 per cent jump from the previous year.

“We were averaging about 28 a month, so almost one a day,” says Kyle.

The iGUIDE brought Visual Properties back to its roots as a one stop shop for real estate agents.

“They saw what they got with the iGuide, they were like – ‘I have do this on every listing, you have made it so easy, it looks so great, on top of the great photography that you have already provided, it’s a winning combination,’” says Kyle.

“They loved the fact that we could respond quickly, and get it done quickly and turn it around within 24 hours,” says Kyle.

The Raleigh-Durham-Chapel Hill area has a dynamic and growing economy. With several universities, and a world-class technology cluster, the real estate market is diverse. Everything from single-family homes, townhouses and condos. The metropolitan area has about 1.5 million people.

And business is better thanks to iGUIDE.