Brenna Humphreys started her real estate photography business, Walkthrough Productions, six years ago with her partner Stephen. They introduced iGUIDE to their clients in 2015 and were immediately impressed with the versatile functionality of the technology. Read on to learn how she is creating success by diversifying their client base in the South Bay area of Greater Los Angeles.

If you have never seen it, you’ve heard about it. Made famous in song and cinema, the area includes Manhattan Beach, Hermosa Beach, and Redondo Beach—the legendary beach cities of Los Angeles County.

Brenna and her partner Stephen started in real estate photography about six years ago. It was all about videos back then. Hiring actors and shooting videos to tell stories about the fabulous houses for sale and the world-class neighbourhoods near the Pacific.

Real estate agents and brokers loved their work, and kept asking for more. So Walkthrough Productions started looking for technology to help them meet the increasing demands.

In 2015 they heard about iGUIDE. When they saw the quality of the pictures, they were sold on the technology. The ability to eliminate shadows, images in mirrors, and put cozy flames in an empty fireplace is expected by their clients.

“With the iGUIDE we were able to do that,” said Brenna.

If that flexibility was not enough, Walkthrough Productions secured new clients when they saw the floor plans and 360° virtual tours produced by iGUIDE technology.

“Every time we work with an agent who has used another technology, once they have tried iGUIDE they have stuck with it,” said Brenna.

Brenna and Stephen started hearing back from ecstatic agents who sold multi-million dollar homes to out-of-State buyers who were first hooked by the iGUIDE tour.

Sunsets along the Beach Cities are spectacular. Many of the homes have decks that are bathed in the magic glow of fading light. Walkthrough Productions sets up the iGUIDE on the deck and takes a 360° virtual tour of the outdoor space at sunset.

“The fact that you can capture this 360° sunset is really kind of amazing,” said Brenna. “You can stand out there and experience that sunset on that deck. Photos can’t quite do the same.”

They started using the iGUIDE camera in March 2015 to complement their high-end video, drone footage, and photography. Now, iGUIDES make up a significant amount of their business.

Last year, Walkthrough Productions completed 212 iGUIDE shoots, up 98 per cent from the year before. And, the iGUIDE camera has opened three new areas of business.

They worked with a Los Angeles developer to shoot model homes. The developer then uses the iGUIDE tours to help buyers select the layouts, options, and finishings on offer. The same developer had Walkthrough Productions out to Las Vegas four times to shoot all of the model homes in new developments there as well.

“So that has been a nice off shoot with us, strictly with iGUIDE,” said Brenna.

Architects started calling. They wanted iGUIDE to document every stage of the design and construction of a new, high-end home. Everything from the site prep, foundation, framing, wiring, plumbing, drywall, and finishing can be seen with iGUIDE.

“It is a versatile tool,” said Brenna

Others call because they want accurate floor plans and measurements. They don’t care about the pictures, they want the measurements that iGUIDE produces with laser accuracy. 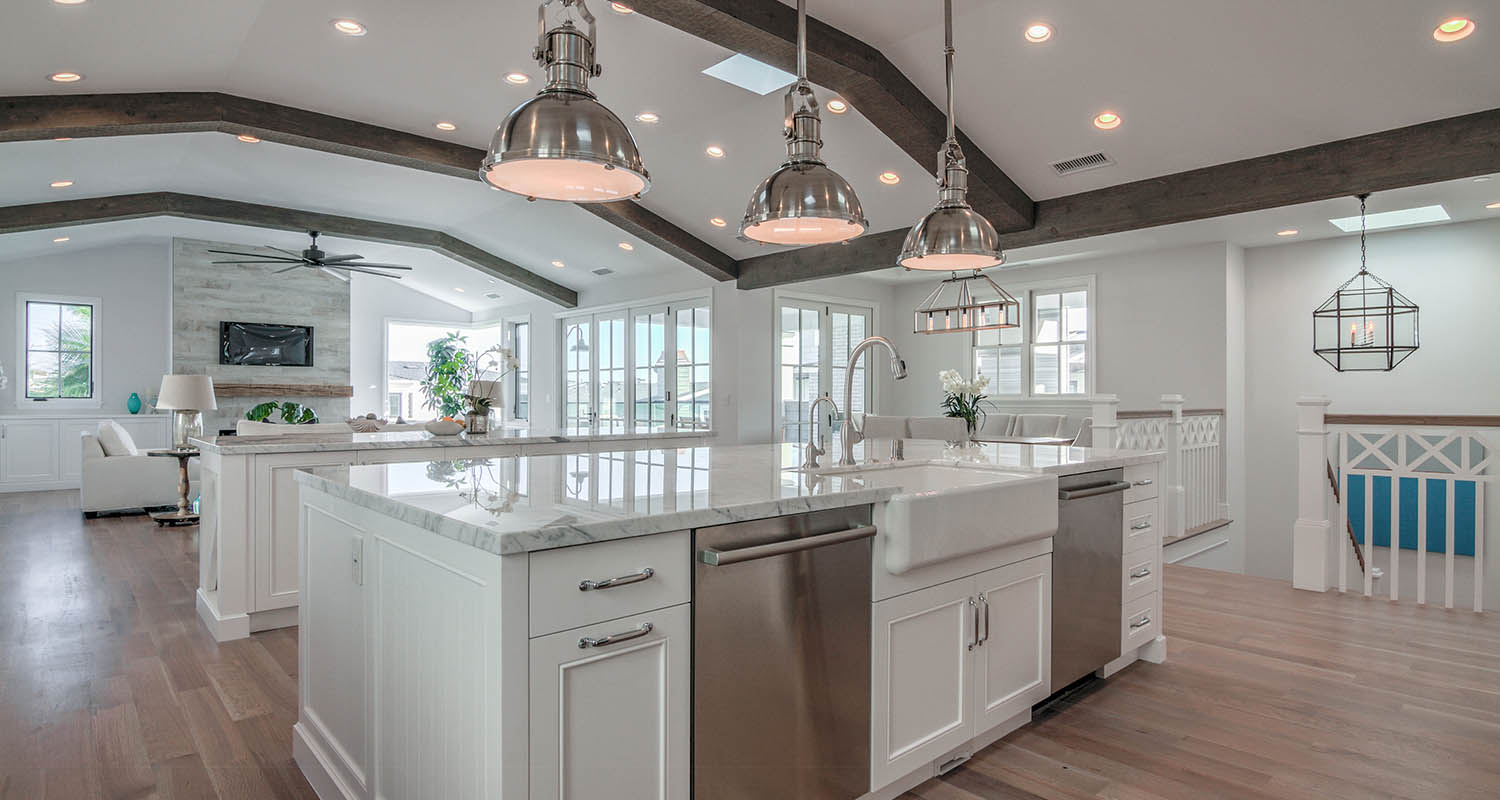 “We actually did a geodesic dome the other day,” said Brenna. “A client had a geodesic dome in a property. They were unsure what the square footage was, and they relied on iGUIDE to give them an accurate measurement.”

They also started working with boutique shops and restaurant owners to get registered on Google Business, and use the iGUIDE camera to provide 3D tours and 360° virtual tours of the interiors.

“Businesses find the iGUIDE to be very helpful with search,” said Brenna.

Walkthrough Productions has a more diversified client base than ever before, thanks to iGUIDE. “We find it helps the high end and the lower end,” said Brenna. “It helps for homes that are about to be torn down, all the way up to homes that are looking out onto the ocean and the beach, just these miracles of design.”